If you’re an active smartphone user, then you’re probably pretty familiar with emojis. But these five websites use emojis in different ways. About the author: Mihir Patkar (MakeUseOf) is a freelance writer on technology and life hacks, who firmly believes chocolate is the answer to any question. You can usually find him saying other such silly things on Twitter. MakeUseOf is a technology website, focused on bridging the connection between users, computers, devices and the Internet through education. Feature image courtesy of nicotombo via Bigstockphoto.

Egyptians would be proud of us today. The world has come full circle on hieroglyphics as we now regularly express ourselves in little drawings. Emojis are a useful and convenient way to communicate. But they can also be a little strange.

This isn’t about if you know the correct meanings of emojis. It’s about the extraordinary things some people do with this pictorial language. From shortening links to creating art, there is a wonderfully weird side to emojis you need to check out.

URL shorteners are an excellent way to reduce long web page addressed into easily clickable (and memorable) links. Emojify is perhaps the shortest link-maker of them all since it uses an emoji to do it. 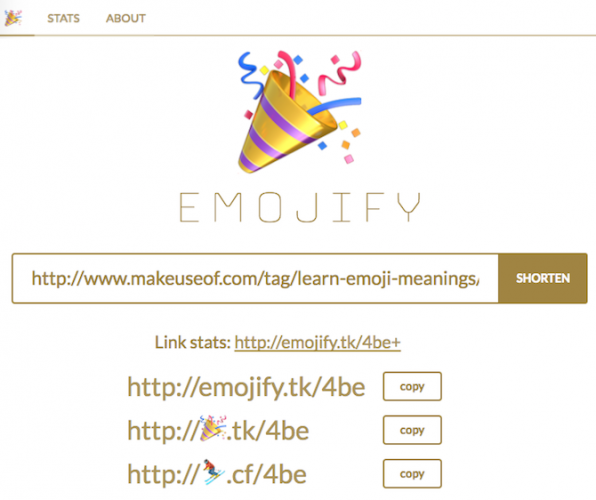 Copy-paste any web address into the box on the site and click Shorten. You’ll get a list of different emoji options to share with others. If you know the meanings of emojis, it’s a nice way to share a shortened URL while still letting the recipient know what to expect. For example, a link with movie clapper emoji tells you it’s something related to films.

Of course, you could even create your own URL shortener, but for that, you’ll need an emoji-based domain name. Don’t worry, we have you covered on that too.

Did you know you can register a domain name made with an emoji? It’s strange, but it’s true. And it’s surprisingly easy too. The catch is that you won’t get a “.com”, the only option is a “.ws” extension.

Look, the change from .com is fine since top-level domains (TLDs) with the “com” suffix aren’t that important anymore. But registering an emoji-based domain is a little difficult and technical nonetheless. Domainoji makes the process simple in the “what you see is what you get” sense.

Use emojis (and alphanumerics if you want) to make the domain name, and follow the steps to register it. It’ll be indexed by search engines too. Just make sure you use a universal emoji, not a platform-specific one.

If GIFs can be art, why can’t emojis? Emoji Brush lets you create your own masterpiece with emojis. While it sounds weird, you can end up with amazing works like this. 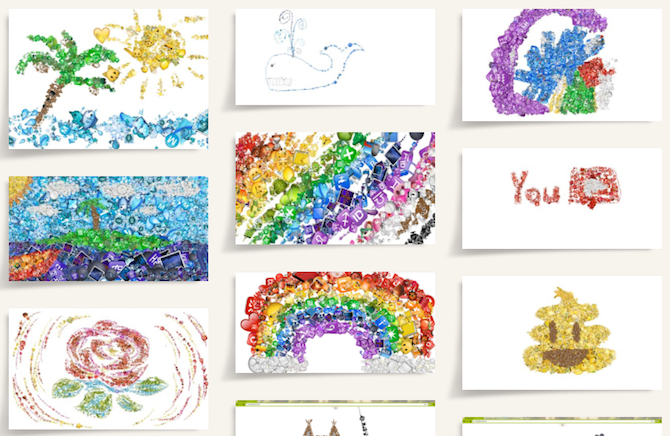 From the palette at the top, choose the color you want for your brush. Click and move the mouse to draw. But instead of the solid color, Emoji Brush will fill your strokes with emojis of the color you choose. It’s quite cool and looks better than you would have thought.

The faster you move your brush, the larger the emojis appear. You can “Ctrl + Z” any brush stroke to undo it. And your final masterpiece can be saved to disk to share with anyone. Nice, eh?

It’s hard to describe Emoji Party, but I’ll try. It’s a customizable audio-visual canvas of emojis, floating and moving and zooming all at once. “Trippy” might be the best word to describe it.

While the full screen does its thing, at the right, you’ll see a small pane of emojis on the right. Click any to add it to your screen. Backspace removes an emoji. Add as many or as little as you want, and let the party go on.

Being as tone-deaf as I am, I’m not sure of this, but each emoji seems to have its own sound profile. Click the emoji on the screen to activate that sound, adding layers to your background. It’s almost like you’re a DJ. A weird, weird, weird DJ…

5. EmojiCode: A Programming Language in Emojis

What do you mean you want easy programming languages for beginners? Real* coders write in emojis.

Theo Weidmann decided that programming wasn’t hard enough or universal enough, so they invented a new language. It’s called EmojiCode, and as you might guess, it uses emojis. And no, this isn’t a joke or a prank, it’s actually a functional language. 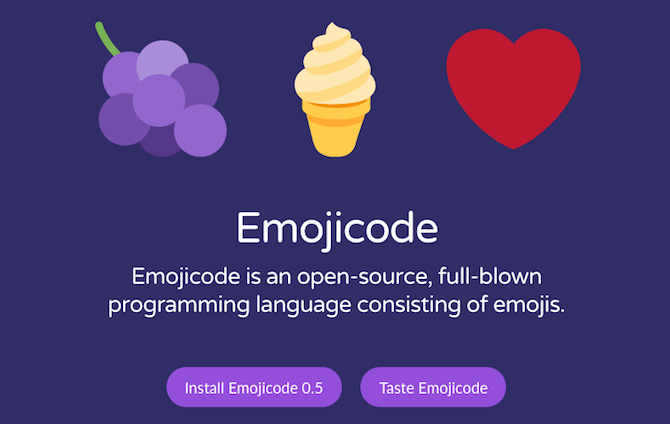 Naturally, other people are divided on how useful this is, but that’s not the point at all. Something like this needs to be done for the purest of geek reasons: “Because we can.”

What Weird Uses Can You Think Of?

Emojis have come a long way in a short time, from making art with them to taking people to court over emojis. But this is just the beginning, and we’re going to see much more from this new language of pictures.

Because these cookies are strictly necessary to deliver the website, refuseing them will have impact how our site functions. You always can block or delete cookies by changing your browser settings and force blocking all cookies on this website. But this will always prompt you to accept/refuse cookies when revisiting our site.

If you do not want that we track your visist to our site you can disable tracking in your browser here: