These tools offer an easy and inexpensive (sometimes free!) way to know everything about your website. This article is originally from computerworlduk.com. The author, Matt Eagan, is Editorial Director of IDG UK, publisher of Computerworld UK, having worked for the UK’s leading technology media company since 2003. A passionate technology fan who writes on subjects as diverse as smartphones, internet security, social media and Windows, in his spare time Matt enjoys playing football (badly) and singing in a band (also badly). Image courtesy of Bigandt_Photography via Bigstockphoto.

Every business is a publisher now, and it is important to understand how the content you publish reaches its intended audience. For most businesses Google Analytics is the perfect web analytics tool – free (up to a point), relatively easy to set up, and with lots of peer support from a huge user base. But there are alternatives to Google Analytics. In this article we pick out the nine best web analytics tools. Great free and paid for alternatives to Google Analytics. How to track how many people visit your website.

If you are new to the game of measuring web traffic, Google Analytics is the place to start.&nbsp;The basic hosted package is free until you have more than 10 million impressions (although we were only charged when we got beyond 50 million). And GA offers a frighteningly full feature set, whilst being easy to set up. Down sides? It is not the most intuitive for the end user, and if you do go to the premium package, it steps from £0 to £90,000. Still, with 50 million pages to play with, that won’t seem such a big deal.

Piwik is the tool that is tracking your every move right now. We moved to Piwik to avoid that £90,000 bill. In essence Piwik is a GA clone, with one critical difference. Unlike Google’s tool, you have to host the analytics on your own server. If you have a lot of traffic, and the dev chops to host a package like this, Piwik is a no brainer. I love it. 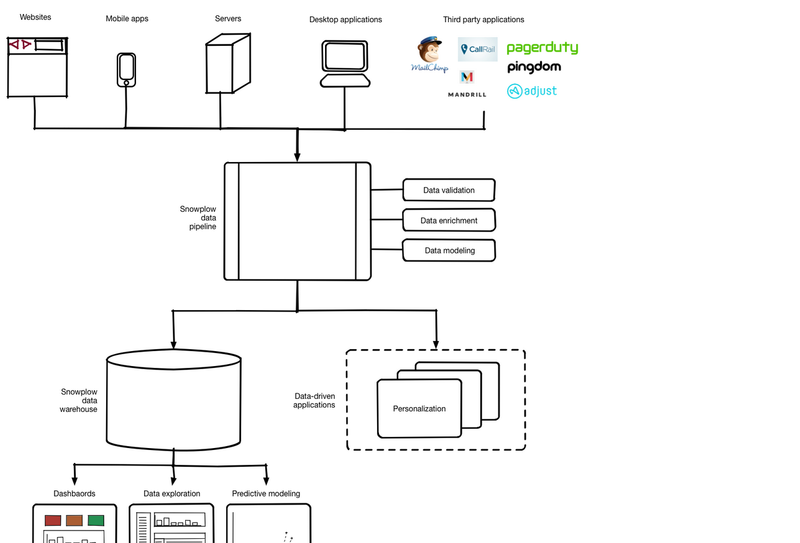 Another data collection tool like Piwik, Snowplow is for the less faint of heart. It does allow far more granular control of the data. However, it doesn’t come with the intuitive front-end interface of Piwik, instead simply creating a database of web data which you then query with OLAP tools such as Tableau or with more advanced techniques like MapReduce. (If none of this makes sense, move on.) 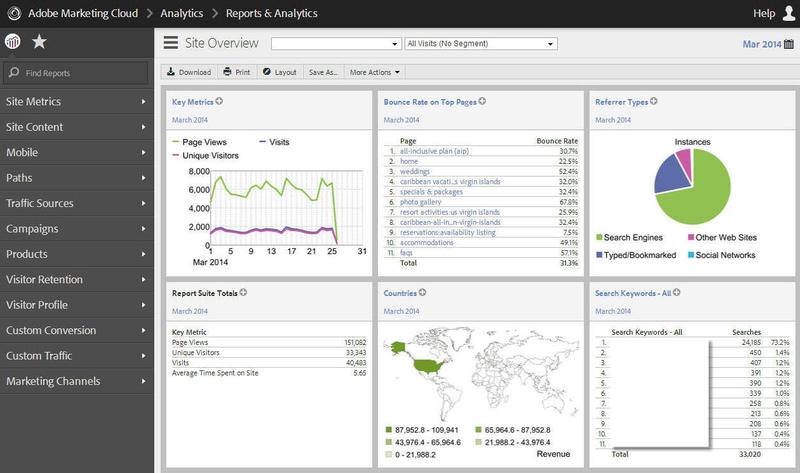 The big beast of the web analytics world. The product formally known as Omniture is the most complete and complex web-analytics tool there is. For large enterprises that rely on driving large numbers of end users through a digital funnel, Adobe Analytics is the best there is. But it is not simple, and for smaller web-based businesses it is likely to be overkill. Not least because Adobe Analytics is not cheap. At all.

Chartbeat is a live analytics package. It pings users on your site, and measures in real-time what they are doing, as they do it. Different to – and more accurate than – GA’s live analytics which measures only server hits, Chartbeat is hypnotic and compelling and useful. It is pay-for, but nothing like as expensive as Adobe. I love Chartbeat, but it is probably best thought of as an addition to your main analytics package. 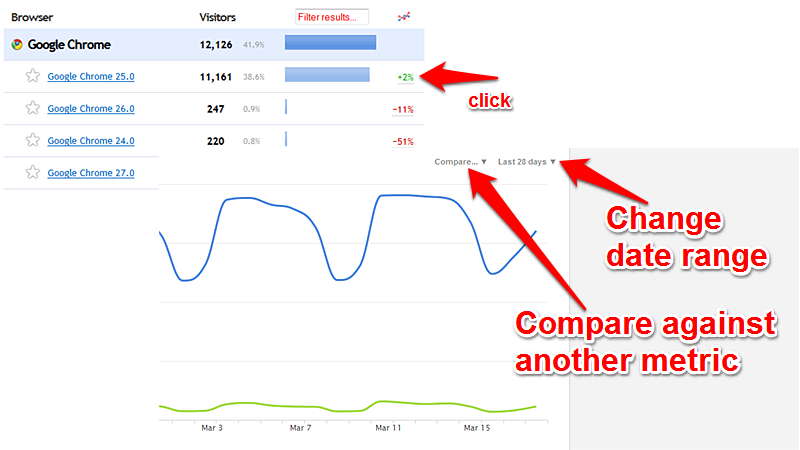 The key advantage of Clicky is that it is super simple to use. For small-traffic sites it is a perfect alternative to Google Analytics, in that it takes only 15 minutes before you are fully au fait with its features. But beyond a limited free program, you do have to pay. And the real-time tracking is less impressive than that of Google, in my opinion. 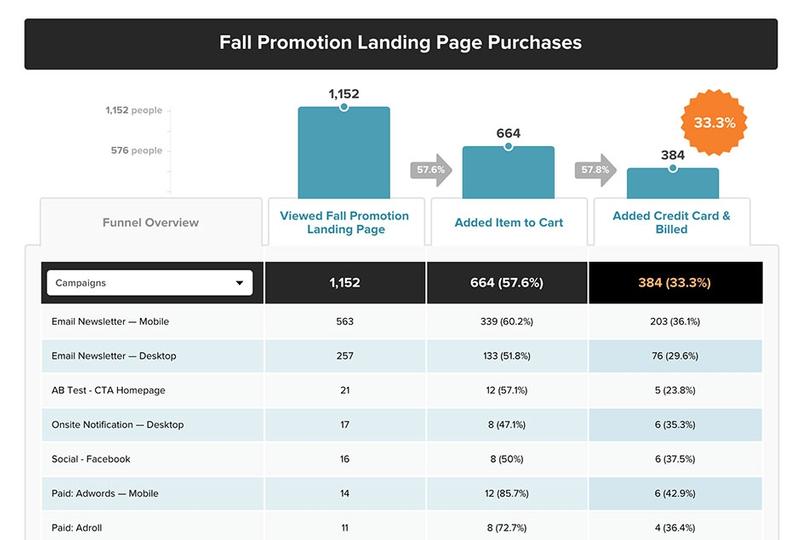 With a starter package that runs from just $200 a month, KISSMetrics doesn’t have to be super expensive. But it is not free, so why would you choose it over Google Analytics? It’s all about the money. KISSMetrics is aimed at those people for whom Parse.ly Dash is less useful: e-stores and vendor sites. If you want to track and convert customers across your domain, KISSMetrics is your friend. It is for those who need to understand the value of a visit, rather than the volume of visits. 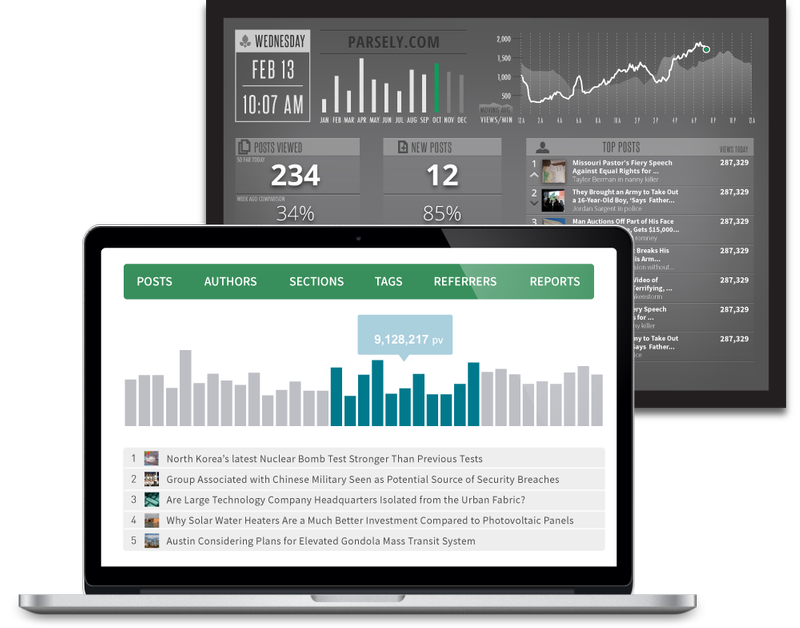 Generally referred to as ‘Parsley’, Dash is uniquely aimed at media publishers – the&nbsp;likes of Computerworld UK. If you are in e-commerce or run a vendor website, it is likely that Google Analytics or Adobe Analytics will give you better support tracking users through the sales funnel. But if you want to know who is reading what, by which author, Parse.ly Dash is your friend. Great for publishers, but not cheap. 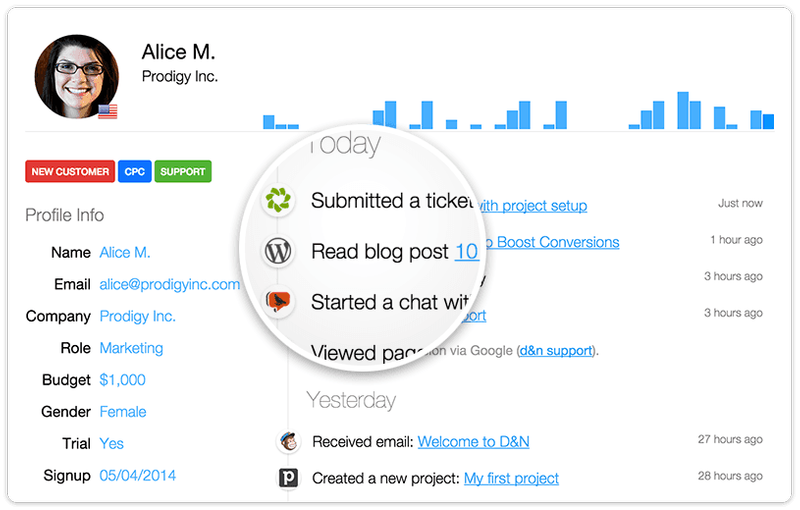 Woopra is a real-time CRM system for web&nbsp;users. Being able to view what an individual user is doing now is impressive. Viewing individual&nbsp;activity over the past 90 days? Doubly so. Woopra is free for up to 30,000 interactions, but you don’t need many users to break that limit, at which point you are in the hole for $80 a month, which takes you up to only 400,000 actions, at which point it starts to cost you $200 a month and so on. It’s not unfair – if you need to track individual users it could be very valuable.