Want to know which is the best free email service? Dan Price (MakeUseOf) compiled a list of several popular free email providers. About the author: Dan is a British expat living in Mexico. He is currently the Creative Editor for MakeUseOf and was formerly the Finance Editor. MakeUseOf is a technology website, focused on bridging the connection between users, computers, devices and the Internet through education. Feature image courtesy of alexey_boldin via Bigstockphoto.

In 2012, Gmail overtook Hotmail to become the most popular email provider in the world. Since claiming the crown, it’s showing no signs of slowing down. Today, the service boasts more than one billion users.

60 percent of mid-sized US companies and 92 percent of start-ups rely on it.
The other go-to free email provider is Yahoo Mail. Sure, its user numbers pale into insignificance compared with Gmail (it had around 250 million at the start of 2017), but it’s still one of the most recognizable global email brands.

But what other alternatives are out there? If you don’t want a Gmail or Yahoo account, what choices do you have?

Let’s take a look at six of the most popular free email providers outside the “big two.”

Outlook terminology is confusing. Microsoft has done a poor job of differentiating between its free email accounts, its free modern Windows app, and its Office 365 app. Luckily, if you just want a free email account, you don’t need to get bogged down in the details; just head to outlook.com and sign up for an @outlook.com email address.

The service has surpassed Yahoo to become the second most popular free email provider in the world. In mid-2016, Microsoft reported it had more than 450 million active users.

Using an Outlook account comes with significant benefits. Because it’s operated by Microsoft, it’s heavily integrated into the Windows 10 operating system. It also works seamlessly with the Outlook Office 365 app.

If you decide to use either the web client or the desktop client, you’re in good company. 16 percent of all email sent is opened on one of the two apps.

GMX Mail is a subsidiary of United Internet, one of Germany’s largest internet service providers. The free mail service has been gaining in popularity over the last few years, but it’s been around since 1997.
Despite only having 11 million active monthly users, it still comfortably makes the top ten of free email providers in terms of user numbers. It’s a surprising statistic, and one which reveals the almost unassailable popularity of services like Gmail, Yahoo, and Outlook.

Feature-wise, you can expect 1 GB of file storage, a 50 MB attachment limit, and support for both IMAP and POP. Most interestingly, it offers unlimited email storage; you’ll never run out of space again. Unfortunately, it lacks an RSS reader and conversation view.

Zoho Mail is one of the newest providers on the list. It’s only been in existence since October 2008.

In its short life, the service has quickly developed into one of the best free email providers outside the Gmail, Yahoo, and Outlook troika. Driven by an ad-free web client (even for free users), it’s grown to more than 10 million active users in just nine years.

The app offers everything you’d expect from a free email provider, including multi-level folders, conversation views, drag-and-drop inbox organizing, and filters. One omission is an integrated video chat tool.

Zoho Mail is part of a larger office productivity suite. The service is tightly integrated with Zoho Docs – a Google Docs competitor that lets you create, edit, and collaborate on text, presentation, and spreadsheet documents.

iCloud represents Apple’s venture into free email. Most Mac, iPad, and iPhone users have an account. iCloud itself is a holistic cloud service. It underpins other Apple services such as Find My iPhone, Photo Stream, Keychain, and iCloud Drive. Mail is just one facet of the app.

The app boasts 720 million users, but it’s not clear how many of them are using an @iCloud.com email address. 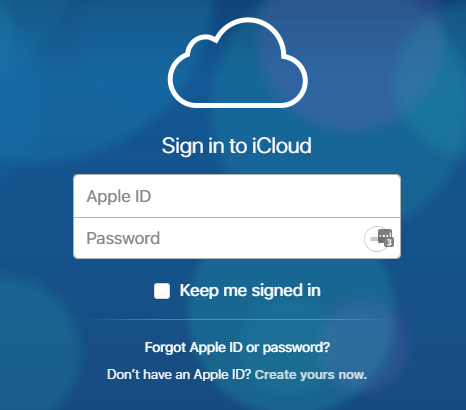 Like Outlook.com and Microsoft, iCloud integrates seamlessly with the default Apple mail client on both Mac and iOS. On mobile, you can add any number of email providers to the app. On the web client, you can only access your @icloud.com address.

All iCloud users get 5 GB of storage for free. In addition to documents, photos, and other data, any emails you receive count against the limit. As such, you might need to pay for more storage if iCloud is your provider of choice.

Because of its age, it has a huge user base. Nevertheless, the numbers have been decreasing in recent years. In 2006, it had 50 million active monthly users, and as recently as 2010 it was the third-largest email provider in the world.

All iCloud users get 5 GB of storage for free. In addition to documents, photos, and other data, any emails you receive count against the limit. As such, you might need to pay for more storage if iCloud is your provider of choice.

I’m going to leave you with something a bit different. Rather than listing another popular mainstream email provider, you should give Elude a chance. Elude is rapidly becoming the most popular email provider on the darknet.
Despite only launching in mid-2017, it’s been hoovering up privacy-conscious users who are desperate to find another secure, anonymous, and simple email provider after the collapse of SIGAINT.

At its peak, SIGAINT had 400,000 users. It’s safe to assume Elude will ultimately have similar numbers.

Elude does not use JavaScript, does not require any phone numbers or other forms of ID at sign up, and encrypts all server traffic.

Because it has a .onion URL, you can only access Elude through the Tor browser.